A snippet of stories from the writing marathon

Here lies a short selection of stories from the writing marathon on 30th November 2010.
I wrote 30 in total. I don't profess these to be the best - I'm saving those for greater things ; )
Just thought you might be interested in these.
Let me know what you think. Or not.

# a prompt from Ian Rankin
Encounter in real world between voracious reader and their favourite fictional character...
That Rebus Character
I worked with him a couple of times, that Rebus character, and he certainly is a character. The way he’s so deadpan but once in a while he finishes off with a quirk to the side of his mouth, imperceptible to an uninitiated eye, just to let you know he’s taking a rise. The odd wink confirms it. Yes. I liked working with him. Once I got used to him.
The first time was a bit of a strange one. We’d received an abandoned call for police, a phone call to the 999 system that was terminated by the caller before the full details were obtained. The guy gave his name and an address in our town but said he was staying in a hostel somewhere in Edinburgh. Before he rang off, he confessed to a serious sexual offence on his ten year old step-daughter. A job for the Scots brigade, my boss said.
I made the call myself. I didn’t want our Scottish colleagues thinking we were all racist gits across the border. And if this guy had done what he said on our territory, he was ours.
I rang all the hostels in Edinburgh, a job my inspector said was a waste of police time and if I found him, he’d show his arse in the window of Primark. He likes a bargain, does DI Ted. I found Peter Fletcher on my sixth call. I then rang my Edinburgh colleagues and spoke to a guy called Rebus. John Rebus. The name was vaguely familiar but I didn’t spend too much time mulling about it. I had a paedophile to catch. Hopefully.
I explained to the chap called Rebus why I needed to speak to Mr Fletcher.
He rang me back two hours later, his broad accent both assaulting and caressing my ear. ‘He’s in the cells. Are yae coming for him?’
Fast work. I’d only wanted him to talk to the guy, find out what he had to say. Now he was in the cells. And I had to take a trip to Edinburgh.
This was going to be interesting.
# a prompt from Ian Rankin
This is the story of a man whose jaw hit the floor. Literally.

The Man with the Temporomandibular Joint Problem
This is the story of a man whose jaw hit the floor. Literally. I had to help him pick it up of course because that’s what ladies do. They are helpful. I am helpful.
Anyway, this man. He used to be rather attractive. Once. Before he had to have a jaw replacement on account of his temporomandibular problem and his jaw continually dropping. Something to do with a connective tissue disorder but that’s not what’s important here. I don’t like to talk about that.
I was a size ten once and squeezed my butt into a pair of button-front Levi’s and we all know that button fronts are skinnier than zippers. I looked gorgeous. I walked into that packed room like I was walking onto a yacht, had there been a yacht, but I think somebody had been there, done that. Anyway, I was walking on air but I was no snow queen.
He looked at me and his jaw dropped. Literally.
And I laughed.
I laughed so hard because when he had last seen me I was twenty two stone and then some. And he mocked me. So I punched him. Hard. On that delicate bit just above the jaw line before it turns into the fleshy cheek bit. How was I to know to about his connective tissue bloody thing? He shouldn’t have dissed me.
And this time when he saw me, his jaw dropped and literally fell. Onto the floor. Of course, I had to help him pick it up. That’s what ladies do.
And yes, he was a great shag. Back when he was attractive, before his surgery for his temporomandibular jaw problem.

# prompts by Gillian Philp
I only recognised her when I saw her third finger was missing.

* please bear in mind this was written after midnight and under the influence - (not quite sure what of ...)
Ailsa MacPhee
I only recognised her when I saw her third finger was missing. There aren’t too many girls like that knocking about the streets of London. Not with a finger missing.
It was my job to take her fingerprints. The guys squelched out of that on gender grounds. Not that I think there’s anything for them to get out of – it’s not like they have to search her. That is firmly a female officer’s job. Especially when you’re dealing in dead bodies.
I checked the sheet to fill out her details on the form. No computerised systems and all hand work. Literally.
If I needed confirmation, I clocked her date of birth. 14th October 1976. She was sixteen. Just. Sad. So very sad.
I remember when I first met her. Two years ago. I picked her up in an underground car park, half-way between Mayfair and Soho. It made all the difference in the world, the distance between Mayfair and Soho. She was somewhere in the middle.
She had climbed from a car. A silver BMW with a private registration. I was prepping for an undercover job and we were giving the car park the once over, on the look out of a couple of sus cars.
It was obvious what she’d been up to. She looked at me, turned away and walked on up the concrete steps in a hurry, wrapping a light raincoat around her slight frame. I wasn’t in uniform, having made it onto the crime squad, a sort of CID apprenticeship. I turned and followed her, my warrant card at the ready.
The guy I was partnered with whispered to me, ’Just leave it!’
I knew he was more interested in the manly crime of burglary but this lass looked young. Too young. Especially too young.
I stopped her out on the street. I touched her shoulder, a light tap. She spun around so fast she wobbled and fell into me.
I said, ‘It’s all right. I’m not going to hurt you.’ I showed my warrant card, told her I was on the crime squad and asked her who the guy in the car was.
She gave the usual waffle about him being a family friend. I asked her to open her coat. She refused, gripping it tighter around her thin frame.
Then she begged to be let go, pleaded with me.
‘I only want to talk to you. I’m not interested in taking you in.’ I tried to calm her down.
She threw three twenty pound notes onto the pavement and screamed into my face, ‘There! There you go! Is that enough for you?’ Then she broke down in tears. Sobbed. I could do nothing but hug her.
I dipped out of the late night operation. I had more important things to do. I had no option but to take her in. It wasn’t under arrest though.
She was fourteen, a lost cause, abused by a step-father and various ‘uncles’. Nobody had even bothered to report her missing. I spent a few hours with her before the emergency duty team came to take her away, try to make her life better and help her pick up the pieces. That was idea. The ideal.
I could never forget that little lassie from a little place called Leuchars in Scotland somewhere. I could never forget her because she had a finger missing on her left hand. A result of a bad accident. That’s all she would say. But she told me about selling her soul to the devils who would pay. It wasn’t my job to care like that. That was for the social.
It wasn’t my job to deal with the runaways or the prostitutes either. My sergeant told me I could have a job on the softly-softly squad if I wasn’t interested in his operations. It was a warning.
But I never forgot that wee lassie.
And now she’s turned up again. They called me because the last paperwork had my name on it. They thought I’d be interested. They didn’t know how much. I hadn’t instantly recognised her. The straight dark hair pushed back with an Alice band had long gone. It was now short, blond, spiky. Her soft eyes were replaced with hopeless death, her face lined beyond her years. And she had a tattoo on her neck.
But I knew it was her. The finger. And the date of birth. 14th October 1976.
I’ll never forget Ailsa MacPhee.

(I think with a lot of work, I could perhaps turn Ailsa MacPhee into a longer short story - maybe - what do you think?)

# prompt by Jan Jones
Brief Encounter
Brief Encounter
It was only a brief encounter but it touched me in a way I’d never been touched before.
That’s all I can say because good girls don’t kiss and tell.

And to finish -  the last piece I wrote
#prompt by Colette Caddle
To keep you interested and your piece ‘alive’  -  write about what’s happening in your life RIGHT NOW!  - eg, your nerves about doing the marathon, the temptation to duck out

A Happy Ending
I suppose you could call it a happy ending. Of sorts. I managed to write over 10k. Just. My fingers ended up like sausages, the big fat ones, linked together, fat and juicy.
Less people took part than ever before but those that did stayed the course and wrote like crazy.
We raised money for good causes close to our own hearts. We sang each other’s praises. We drank tea, coffee, wine and maybe some other alcoholic beverages, or other influences.
I dillied and dallied on facebook and twitter. I drummed up support and encouragement. I raised the profile of what we were doing. Many people asked ‘what’s a writathon?’ ‘How does that work then?’ ‘Maybe I’ll do it next year’. I hope so.
I collected prompts from many ‘proper’ authors, those with books published and on the shelves of Smiths, Waterstones, and independent bookshops. Some were best-selling authors, renowned the world over. And they gave us prompts to work with. They helped. They supported. They donated – time, money and effort.
We flagged. We paused. We stuttered and stammered. We made our way through it. Most of all, we wrote.
And that’s what we do.
We write.
And I’m pleased to be amongst that group.
Thank you each and every one of you. 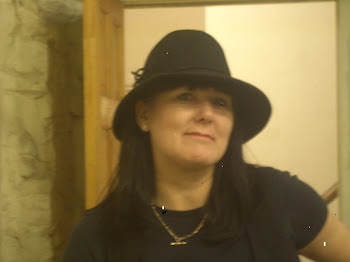 Living with Fred - a patient's perspective on Ehlers-Danlos Syndrome

I and my three children have Ehlers-Danlos Syndrome. We were diagnosed in 2004 but like Roger Moore, I always knew there was something wrong with me.

Living with Fred, is our journey of diagnosis and how we try to live positively with it. We are fortunate. Many other sufferers, not so.

Places you may find me & other useful links